West Coast Sports and Fitness Center is a multidimensional wellness and training facility committed to health and fitness in California. Our mission is to create healthy, happy people using natural healing and physical movement. Each of our department has a specialist who is best and top in their field, truly our Avengers. We’re a one stop shop rehab and health advancement center. We strive towards creating a family oriented setting where we provide quality service and results.

West Coast Sports and Fitness Center has been around for 10 years with traditional and modern approaches to all our services. Our years of training and occupational experience are considered to be the best. What sets us apart is that we accept insurance for people to exercise and health saving accounts. We are a training center and not a gym.

The above services will help you maintain a healthy lifestyle. We are a health advancement center that is committed to fitness and that will in return maintain your health.

Call Now for a FREE workout!

Steven Sanchez is the owner and CEO of WC and is a skilled physical fitness expert and consummate business professional with over 20+ years of experience.

Mr. Sanchez has spent many years working with medical and other physical wellness professionals to increase his knowledge and understanding of the physiology of the body, holding several certifications from the International Sports Science Association and Functional Movement System. Steve’s early life experiences overcoming the challenges of being an overweight child, served as his personal awakening and inner motivation, propelling him toward a life’s goal of helping others to achieve and maintain healthy lifestyles.

Dr. Reynold Wong is licensed in acupuncture and Chinese Medicine through the California Acupuncture Board and National Certification Commission for Acupuncture and Oriental Medicine (NCCAOM), licensed as a massage therapist in the state of Hawaii, and certified as a personal trainer through American College of Sport Medicine (ACSM).

Dr. Wong’s knowledge of the human body and his passion for holistic health extend far back. Beginning at the age of 7 to this day, Dr. Wong is involved in acrobatic Chinese Lion Dance, a form of traditional dance with its fundamental movements based in martial arts. Throughout high school, Dr. Wong was heavily involved in wrestling, judo, and cross country. In 2009, a motorcycle accident left Dr. Wong with numerous injuries, rendering him unable to walk for 3 months. However, the kindness and support Dr. Wong received from his doctors and rehab therapists during his recovery was the driving force that led him to pursue a degree in Kinesiology and Rehab Science at the University of Hawaii. After obtaining his Bachelors, Dr. Wong decided to further his skill set by completing a massage therapy program in Hawaii.There, he was trained in a variety of massage modalities, including trigger point, lymph drainage, lomi lomi, sports, prenatal, medical, and acupressure. It was also there that his interest in acupuncture was sparked- when he offered to be a volunteer for an acupuncture demonstration. After experiencing first-hand the beneficial effects of acupuncture, Dr. Wong grew more and more intrigued by the ancient practice he grew up around, but never completely understood. Shortly after, he made the decision to move to San Diego to attend the Pacific College of Oriental Medicine. There, he earned his Masters in Traditional Oriental Medicine and his Doctorate in Acupuncture and Chinese Medicine.

Dr. Eric has always been an active runner and athlete.
In high school he lettered in 4 varsity sports (Basketball, Tennis, Cross Country, and Track)
In college he competed in: Long Distance, Steeple Chase and Cross Country
He also competed in the Collegiate Cross Country National Championship

As a sports chiropractor he operates as “Dr Eric Sports & Rehab”. He has worked on athletes at the wildflower triathlon, multiple AVP volleyball tournaments, MT Sac relays, head trainer for California state soccer championships as well as treated many professional MMA and UFC fighters

Come get treatment by Dr. Eric M- Fr at West Coast Sports & Fitness Center.
He loves what he does and is ready to be at your service! 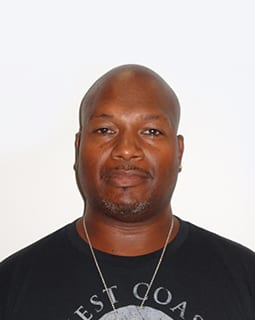 Andrew Jackson  former NFL running back for the Houston Oilers and Tampa Bay Buccaneers who has successfully coached at the high school and college level for nearly 2 decades, including coaching for the National Football Academy as its lead RB coach. Today, through his company, Coach AJ offers a training program that helps football players at all positions get bigger, stronger and faster, working with numerous athletes, many of whom go on to successful collegiate and professional football careers.

A California native who grew up in Los Angeles, California, Coach AJ attended Manual Arts High School and played Varsity Football there for three years. Starting on both offense and defense, he received Best Offensive Back three years in a row and Most Valuable Player two years in a row, and he was selected All City and All American as a running back.

Earning a full scholarship to University of Southern California, he was New Comer of the Year on the U.S.C. football team in his freshman year. He transferred to El Camino City College, where he was selected All League Running Back and the team’s Most Valuable Offensive Back and graduated with an Associate of Arts Degree.

AJ next transferred to Iowa State University, where he majored in Business and played on the football team. Now a junior, he was selected Best Offensive Back and Best Newcomer to the team, and as a senior, he was voted team captain in addition to again being selected Best Offensive Back. He also earned an award for good conduct on and off the field.

After Iowa State, the Houston Oilers signed AJ as a free agent for the 1987 season. He finished the year as Houston’s second leading rusher behind Mike Rozier, the former Heisman Trophy winner. At the end of the year, the Oilers released him, and he was acquired by the Tampa Bay Buccaneers, playing several games for the Buccaneers until he was released in 1988.

For more than 16 years since completing his NFL career, AJ has been coaching and training. As lead RB coach with the National Football Academy (featuring Darin Slack of QBA), Coach AJ specialized in developing running backs for the NFA. ISSA Certified as a strength and speed trainer, he traveled the country, teaching the basics to youth running backs and the F4 (form, feet, fit, finish) system to advanced running backs.

In the 2009-2010 seasons, he served as the strength and conditioning coach for Verbum Dei High School’s football team, which became the 2009 League Champs under his training, and for the George Washington Preparatory High School girls’ varsity basketball team. Coach AJ also held the Athletic Director position at Animo South Los Angeles High School, leading the team to the title of first- year runner up in the small school championships two years in a row.

Bachelor of Science in Kinesiology -Empahasis in Fitness

Emily Gutierrez is a graduate from CSU Long Beach earning her B.S. Degree in Kinesiology with an emphasis in Fitness. Throughout her four years, Emily has taken extensive courses in Kinesiology such as Corrective Exercise Training, Fundamentals of Personal Training, and Resistance Training, among other divisions in the fitness realm. She has also joined a club sport, Jiu Jitsu, at CSU Long Beach.

During high school, Emily has competed in Cross Country and Track and Field for three years. She broke the League Finals course record and advanced to the California State Final competition (the second time in the school's history). Since then, she became an Assistant Coach for the Girl's Running program at Warren HS for about four years, also serving as their strength and conditioning coach. In addition, she is also an Assistant Coach for Dr. Eric's running club, Instride, for about five years. Also, Emily has helped conducted an annual two-week summer camp named "Get Fit", as a co-program coordinator and strength trainer, to help encourage young girls to become physically active and enjoy recreational activities.
Emily loves being a part of the West Coast Team and is always improving and learning to best serve her clients!
Read More

CERTIFIED PERSONAL TRAINER
Mike began his career in the fitness industry as a youth sports coach while playing at the University of California, Berkely in 2012. Mike is a community activist, local product, (attending high schools Carson, Banning, and Los Alamitos , Golden West JC), former Division 1 athlete garnering letters in Football (2011 and 2012) from Cal.. Mike is a current personal trainer and strength and conditioning coach.
While at Cal Mike garnered records in Special Teams and All Purpose Yards for Cal in 2011 & 2012. Mike received honors for: PAC 12 All Academic Team in 2012 and The Ken Harvey Award Winner amongst the 2012 squad. Manuel is also acurrent youth sports coach, passionate about teaching youth and the general population about healthy movement and the benifits of physical activity.
In addition to holding AMFPT CPT credentials, Mike also is CPR Certified, NFHS Heat & Illness Certifited, NFHS Track & Field Certfied, NFHS Football Certified and coaches locally youth seasonal at Del Amo Park in Carson California. On a personal level Mike enjoys being a DJ, coaching or mentoring, traveling, and connecting and building with like minds. 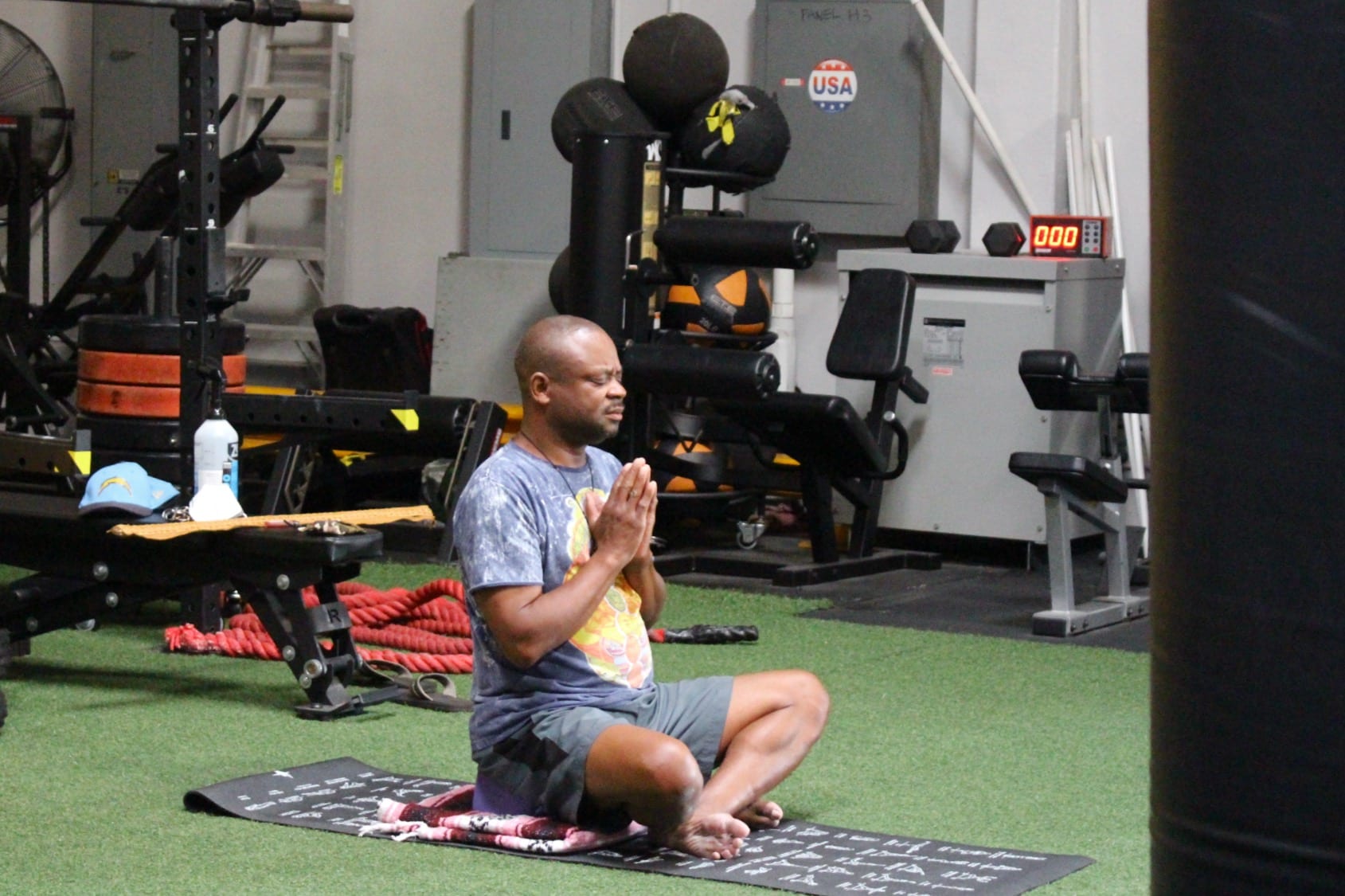 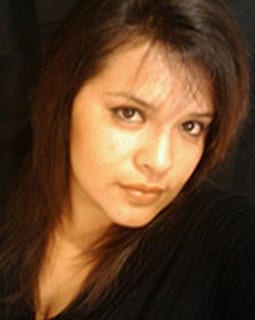 Meet Rayna, West Coast Sports and Fitness Centers Medical Biller and Office Manager.  Rayna has 4 years of medical billing and collections in both Chiropractic and Acupuncture.

Her ultimate goal is to become a billing auditor.

Call and ask for her to verify your PPO insurance plan for coverage and benefits. You can also Email her at: westcoastbillers@gmail.com

Simply take a picture of your PPO insurance card along with your date of birth, a good contact number to reach you and she can go over all your insurance options you have available!!

Give us a call today to schedule an appointment!